We interviewed 24 donors and mapped out their journey of giving to nonprofits to better understand the current barriers and pain points when donating. We wanted to also learn what leads people to positive outcomes in which they feel connected to the cause and effective in their giving.

The “giving journey”, in a nutshell, is:
Activate → Search → Donate → Reflect → Engage

Notably, for people who regularly think about nonprofit giving, transactional issues around donations (the “Donate” step) were a tiny sliver of the concerns. Coming to trust a nonprofit and reflecting on the support afterward made up the bulk of the journey.

People usually supported more than one nonprofit, and because they see the nonprofit space as an ecosystem, negative experiences with one nonprofit often affected how they approached other nonprofits in the future.

Let’s deep-dive into each of these steps.

In this step, a person starts considering giving. Some motivations are active, like upbringing, values, or beliefs. Negative emotions such as guilt or insecurity around privilege can also move someone to give. Other motivations are reactions, such as from prompts by friends or colleagues, or to news about a crisis.

This is when a person begins searching for a nonprofit to support, but choosing can be tricky. There are over 1.5 million nonprofits in the US, and people want to know that the nonprofit they choose is trustworthy. Lack of trust can be compounded by negative press around nonprofits or unrealistic expectations of what nonprofits can achieve (which is perpetuated by nonprofit marketing).

People can become paralyzed at this stage from too many choices or lack of signals they need to trust a nonprofit. This can also be due to high and mismatched expectations of what a nonprofit can do or provide in terms of impact and data.

People often find nonprofits they trust through recommendations from their personal network. They also find them through expert evaluators, such as GiveWell or community foundations. This shows how powerful social networks can be in helping to establish trust in nonprofits through our communities, rather than an unmediated Google search.

After a person chooses the nonprofit, they donate. But even this step has a number of barriers.

First, nonprofits are often not focused on technology, so donating through a nonprofit’s website might be unintuitive, insecure, or completely broken. (We heard from a software engineer who tried to donate online, but had to give up after 2 hours of trying to figure out what the issue was!)

If you want to maximize how much money gets to the nonprofit, then there are more choices to consider. Transaction fees from payment processors can add up (usually around 2.2~3.2% depending on the card you use), and not every nonprofit is transparent about how much these fees are, since they’d rather you donate something rather than nothing.

If you give money to a canvasser on the street, they usually take a cut as commission (varying on the organization, though one person I spoke to made 10% of the donation). If you want to do it the old school way, checks can get lost or misdirected (we heard examples of both cases).

An intuitive, modern, online interface with secure payments through established payment processors (many interviewees trusted Facebook and PayPal) or automatic payroll deductions through an employer ensures the best experience.

In this stage, a person follows up with the donation and reflects on the results. If there is a lack of meaningful followup or transparency, people may be discouraged from engaging further. They may also feel put off by the lack of tangible rewards.

On the other hand, people dislike being spammed by requests to donate more, especially via physical mailers. People also reported having difficulty cancelling a recurring donation. To paraphrase one donor’s sentiment: “It’s like once you donate, you become a wallet to them.”

They may also hear bad press about nonprofits, including how much they spread on admin/overhead (which, by the way, is not a good measure on effectiveness on its own).

Negative experiences can greatly affect a person’s attitude toward giving and nonprofits. We heard cases of people becoming cynical and choosing not to donate at all going ward.

In the best scenario, the person is able to understand the mission and what is being achieved, through the stories of people being helped, impact data, or other tangible proof of the nonprofit’s work. The person can integrate the mission into their identity, giving them deeper motivation.

We can’t ignore the amount of effort that nonprofits put into providing the positive incentives that enable the supporter to feel connected to the mission. They scramble to share inspirational stories, produce/organize data, and write timely handwritten cards. While some of these are important, it’s worth noting that these efforts take time and resources away from working on the actual mission.

Depending on how the reflection step goes, a person can become more engaged in the cause. They actively discuss it with their friends and family, volunteer, and attend events. They become an advocate for the cause and/or the nonprofit, starting fundraisers on their own and sharing their support with others. At this point, meeting and discussing with other people who care gives them additional validation to give.

It seems that people have a lot of psychosocial burdens when it comes to engaging further. Many feel that they should not share with others about their giving because it should be a “selfless” act. They view sharing as bragging. They also fear being seen as ignorant or controversial by publishing their support online. What if it’s not the best nonprofit out there for that cause? What if a scandal came up later? (We think that we should be willing to make “mistakes” in donating like we might make mistakes in bad stock investments, but more on that in a future blog post.)

However, nonprofits appreciate when people share their support publicly. They benefit greatly from people sharing about their donation, because it multiplies the impact without having to spend additional resources on marketing. In fact, crowdfunding raises many billions of dollars each year, including $41.6 million for relief after Hurricane Harvey.

That leads me to my last point…

Let’s all talk more about giving

We recognize that the emotional, mental, and social barriers to giving are very real, and can be overwhelming. They can paralyze you from supporting or sharing about supporting nonprofits. Because these costs are implicit, they often go unacknowledged.

Every.org hopes to address some of these problems so that we can all better help nonprofits working on society’s greatest problems and needs.

We think that if people talk more about giving, we can learn from each other and increase communal wisdom about nonprofits. It will also help people discover nonprofits working in the causes they feel passionate about, including local and smaller nonprofits doing great work in our communities. Most importantly, we can help the nonprofits and multiply our impact by getting other people to join in our support.

If you’re passionate about a cause or a nonprofit, we would love for you to share on Every.org so that other people can learn about it as well! 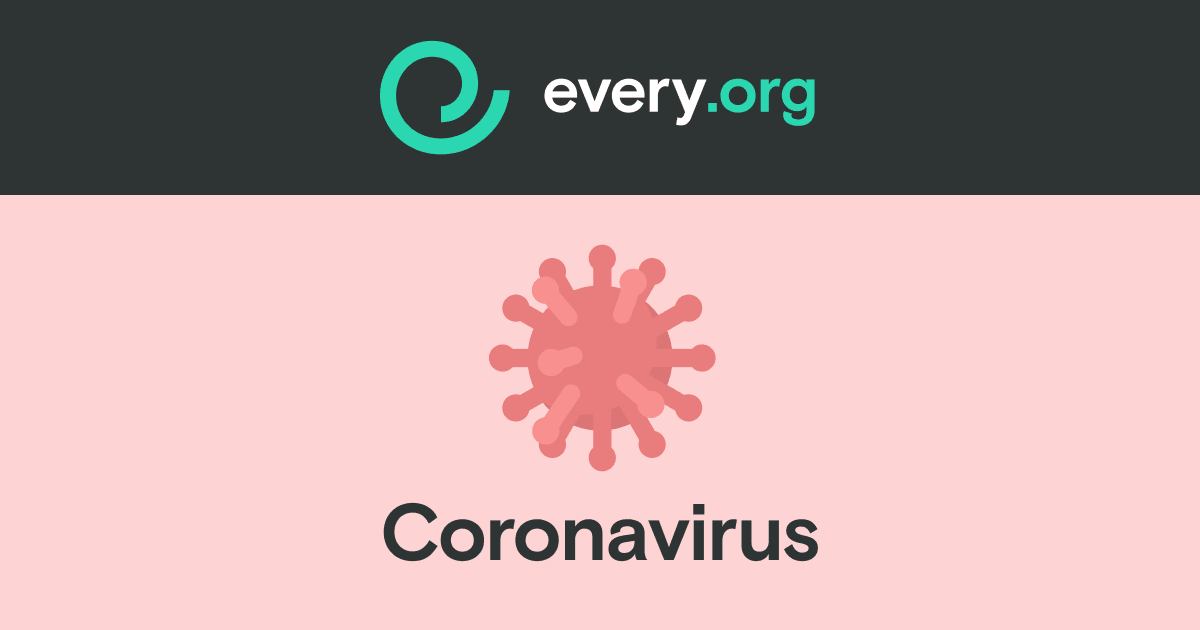 Everyone is scrambling to adjust their lives around the coronavirus pandemic. You’re probably feeling a swarm of feelings and finding out how to cope with the changes. That’s

We sat with 44 people who support or work with nonprofits to learn how and why people donate to nonprofits and came up with four behavioral archetypes for donors.